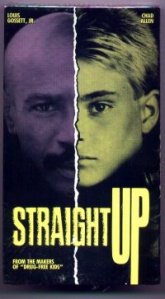 In elementary school we had a class called “Values,” in which we discussed good behavior, moral codes, and not doing cocaine. Our “Values” teacher –a woman with no training in mental health or prevention-based programming aside from (maybe) a certificate—for some reason liked to regale us with Nancy Regan-esque warnings of PCP blunts that she saw on TV and cocaine supposedly offered to her from a compact in a public restroom of. Then there was the infamous day in which she told us all that she knew none of use would ever do drugs so she felt no problem telling us that we could easily buy some in any one of the abandoned warehouses near the waterfront.

This woman largely shaped my knowledge of drugs, tobacco, and alcohol from the first through fifth grades, so I spent most of my pre-teen days convinced that someone was going to hop out from behind a dark corner and force me to smoke a cigarette at gun point. I asked one day in class, “If someone smokes a cigarette…just one time…and they didn’t want to do it…but they did it anyway because of—you know—peer pressure (AKA GUN TO THE HEAD) how will they know that they are addicted to cigarettes? Like if they just did it that one time and then forgot about it, how do they know that they have to smoke them forever?” She calmly replied, “Well, I would imagine that they would remember the way it felt and that they would want to get that feeling again. But you can just say no.” 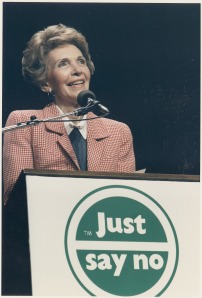 Based upon the fact that she had provided us with little actual knowledge about drugs, I can see how this was the least helpful education ever for my classmates who (most likely not afraid of being held at gunpoint and forced to ingest carcinogens) maybe did not feel so good about themselves or were innocently curious about substances, and then suddenly entered adolescence with absolutely no useful knowledge about substances that were now readily available. But I digress.

I promised you that this would be a blog about very special episodes, and I have one for you here. This blog post is about the ultimate very special episode. In the fifth grade, I was sick one week on a “Values” day, and when I returned the following week, the class was already engaged in an educational video. I spent the class sitting behind my crush while he enthusiastically caught me up on everything that I had missed in the previous video installment. I was a shy eleven year-old and I loved having a reason to talk to him. And I loved even more that he was so excited to talk to me about what I had missed. As much as I would like to imagine that he totally like-liked me and that I had returned to school–having triumphed over my respiratory virus–as a more mature and cooler fifth grader, the truth is that this video was so ridiculous that it served as a unifying factor for everyone in that class from that day through the end of high school.

Straight Up (funded by the United States Department of Education) was the great equalizer of my graduating class. Loser and cool-kid, brain and burn-out for years after could share a laugh over “give me that headband!” while those who had joined us later on in school looked confused and left out. But I’m getting ahead of myself. Straight Up is the story of a boy who just wants to fit in with the cool kids. It’s a classic tale really. He’s bad at skateboarding, while the cool kids excel at it. You know the drill. The cool kids all happen to have a ton of booze, cigarettes, and a quart sized Ziploc bag full of pot. I mean FULL. We are talking a clear possession with intent to distribute charge here, people. This boy, Ben (Chad Allen), just wants to be liked, and he thinks that handing out with this group of twelve year-old druggies will makes his life better.

Luckily for him, he meets Cosmo (Lou Gosset, Jr.) who has a thing or two to teach him about peer-pressure and healthy life choices, which he does by using tools such as a magic headband, magic glasses, and an amulet. The headband spews facts in Ben’s own voice when others pressure him into doing drugs. The eyeglasses show been the true dark nature behind the glamorous facade of heavy drug use. The amulet is known as the “chain of command” that gives Ben the power to (all together now) JUST SAY NO!

Along the way, the kid meets “gateway” drugs, booze and pot, and then must face the added struggle of saying no to harder drugs, cocaine and heroin. And when I say meets, I mean literally meets. They are personified. Oh and did I mention that this is a musical? It’s a musical.

Here’s a direct quote from the recap the video plays after the first section:  “Thanks to the knowledge that his magic head band gives him, Ben is able to keep out of danger. But when Pot steals the headband, Ben finds himself hanging over the edge of a deadly snake pit.” To be fair, the guy who plays heroin is very scary and has syringes in his hair.

In the interest of full disclosure, Straight Up is 90-minutes in total and I’m concerned that if I review the entire thing I will write a 5,000 word blog post about an anti-drug video and the internet will hate me forever. But you don’t have to take my word for it…you can watch the full series of three, 30-minute episodes on the National Archive YouTube channel.  It’s available for you to watch online at your convenience because it is such a helpful learning tool for Americans of all ages and every walk of life.

Very Special Lesson: Guys, what is happening with our anti-drug education in this country? Seriously. Who thought this video was a good idea??