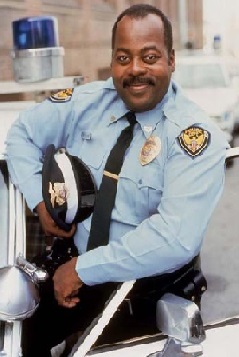 Carl get electrocuted by a lamp (after Urkel tells him it’s unsafe). Steve gives him CPR (while also walking the television viewers through the steps, but you should probably take a class before trying this yourself). Also, Steve’s chest compressions are noticeably too shallow, but I’m assuming that’s because he’s doing “CPR” on someone who is definitely not in cardiac arrest in real life. Carl wakes up and feels just fine, except for the fact that he now owes his life to Urkel.

So then Carl is super nice to Steve and it is weird. I hate it and I want them all to go back to being mean to him. What weird Leave it to Beaver world have we been transported into??  Okay, well he’s actually not that nice because he can’t manage to apologize to Steve for treating him like crap for his entire childhood. He finally does apologize, but he still feels indebted to Steve. He grants Steve his only wish in the world, unlimited access to the Winslow house.  Carl (obviously) regrets this immediately.

Meanwhile, the elder Winslow children feel awful that they couldn’t help their father. They decide it might be a good idea to take a CPR class like Steve did. They also start being super nice to Steve, and it is similarly weird. As Eddie puts it “Look Steve, you’re a nerdy, annoying dweeb. But after what you did, the least I could do is put up with you.”

This leads Steve to realize that he doesn’t want their friendship if it isn’t genuine. So he tells Carl to just go ahead and be mad at him for all of the stupid stuff he does (i.e. sit down on a freshly varnished chair, break the whole house, etc.) This leads Carl to berate Steve in a full-on verbally abusive onslaught, to Steve’s glee. That’s pretty awful. Luckily, for Steve, Laura is still happy to have him as a friend. She acknowledges that he’s nerdy and annoying, but he’s still a good friend. And then she kisses him on the cheek!

Very Special Lesson: You can save someone’s life, but that doesn’t mean they have to like you. They probably should like you though. Yeah. They should seriously at least like you a little.

3 thoughts on “Family Matters: Saved by the Urkel”