I was perusing the Facebook when I noticed that “Netflix” was trending due to a $1 per month streaming-only price-hike. That’s $12/year or 4 grande blonde roasts from Starbucks. How dare they force me to reallocate my coffee money! So of course, I clicked the trending tag to see what the eff they were trying to pull. And this is when I saw “Posts from Groups and Friends.” For those of you unaware, this is where Facebook creepily shares things from people you may or may not know amongst the “news” you were looking for.

This peaked my interest so I decided to check out his timeline. What I found was so intriguing that it momentarily distracted me from the price-hike to a much more important cause. A friend-of-friends from college has been engaged in a quest to see the last 45 seconds of Fraiser Season 11 Episode 12 (or “Fraiser-Lite) for the past few weeks. After first learning of the incident on September 28th, Netflix cannot or will not solve this issue. But Netflix didn’t realizethey were dealing with the Don Quixote of internet causes.

This is his story: 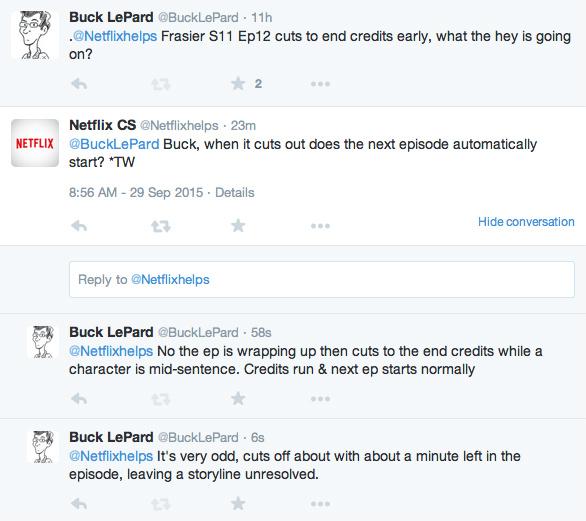 But then he probably became too much of a nuisance and they allegedly kicked him off of the Netflix account he shares with his sister. Nevertheless, he continued to pursue justice: 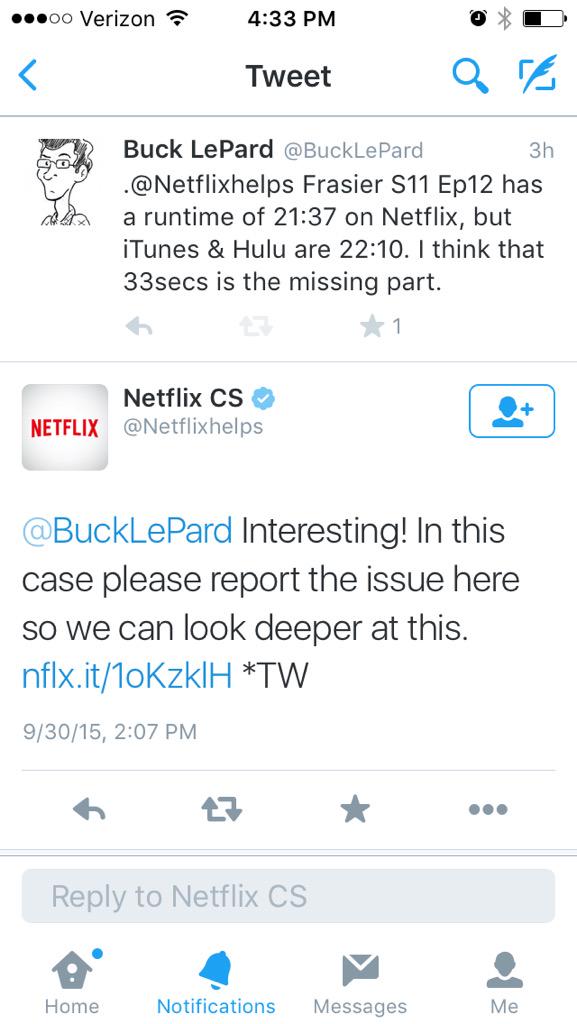 When Twitter failed him, he wrote a detailed letter. 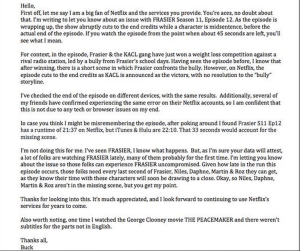 And submitted it via the “Problems Watching” form. 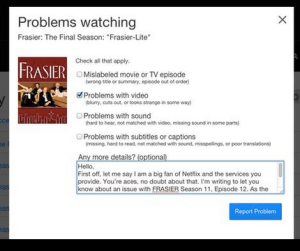 As of 9:59 CST tonight, this issue has not been fixed. As someone who loves TV and loves college and loves people from college who love TV, I feel that I must take up this mantle. And friends, if you too experience issues with Netflix do not stay silent. Tell them that you will not stand for an increase in price without an increase in quality!