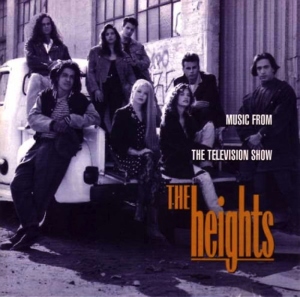 I have “How Do You Talk to An Angel” stuck in my head, but only the chorus part because I don’t actually know the rest of the song. I’ve been singing it on loop in the bathroom and my living room and in that fake-husky 90’s indie-rock voice. This is a song I have always known and never remember hearing for the first time.

As a kid in the early 90’s, I heard this song literally everywhere: At the mall. At the grocery store with the good candy section. At the McDonald’s where I got my coveted Happy Meal but with the boy’s toy because I had a bowl cut UGH THANKS GENDER NORMS. But I didn’t realize until more recenlty that this song is actually from a TV Show called The Heights.

As some of you may know, I write a blog about TV shows. Thus, I decided to turn this earworm into something productive. If only so I could say, “Oh it’s okay that I almost got evicted from my apartment for singing four lines of a song incessantly for several days because I reviewed this episode of The Heights for The VSB.”

I turned to frequent VSB resource YouTube and found the full length transferred-from VHS pilot episode, which is also conveniently the episode that features the song in question. Things were really falling into place and I was sharpening my snark pencil, all ready to go. But I vastly underestimated how bad the show could be.

Watching The Heights made me hate “How Do You Talk to An Angel” with a fiery passion. I would like for the universe to return to me the seven minutes I wasted watching this junk. Yes, that’s right. The show was so boring that I only lasted seven minutes. Since I obviously cannot review the episode, I bring you instead: The Heights – An Autopsy.

In short, The Heights is a show about a band called “The Heights” that lives in a neighborhood called, you guessed it, “The Heights”. They’re twenty-somethings and they’re “eclectic.” It’s like The Breakfast Club grew up and started a band, but instead of finding commonalities in their disparate social circles, they all crowded around in a rehearsal space and whined about whether they should sing hair metal or folk music. 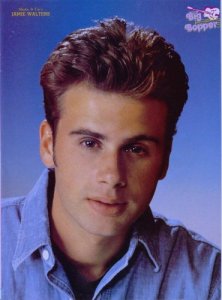 For this piece, I did a lot of heavy research: I read a wikipedia page and googled “‘How Do You Talk to An Angel’ + ‘Touched by an Angel'” [There appears to be no overlap between the two shows.] I also vaguely reflected upon an episode of something that I saw on VH1 roughly ten years ago that briefly talked about this song and how lead singer, Jamie Walters, went on to play an abusive boyfriend of Donna Martin (Tori Spelling) on 90210, which the show seemed to suggest killed his career. (Like apparently he got type cast as a deadbeat, which is kind of a bummer).

According to Wikipedia, The Heights was canceled one week after Whitney Houston’s iconic “I Will Always Love You” knocked “How Do You Talk To An Angel” out of the number one spot on Billboard’s Top 100. This leads me to believe that the only reason this show wasn’t cancelled after three episodes was that the song fooled America into thinking that we might actually want to watch The Heights.

So what actually happens in this 44 minute episode? This band of Gen-Xers is just “keeping it real” and living day-to-day in “The Heights,” while they try to figure out their band’s “sound.” No one likes the conventional “establishment” looking dude with the Jason Priestly haircut. But when some other dude in the band doesn’t show up to practice, they let him sit in. In the span of thirty seconds he elevates their sound, nay he IS their sound. And they decide that what they really need to be is neither a past-its-expiration-date hair metal group nor a neo-folk band, but rather a vanilla pop ensemble that produces this schmaltzy song.


And this leaves me really with more questions than answers:
-Why are there so many people playing guitars?
-Is this the same studio saxophonist who gave Rob Lowe his “musical talents” in St. Elmo’s Fire?
-Why are there so many people in this band?
-OMG THAT IS THE TEACHER WHO WAS FRIENDS WITH MR. TURNER ON BOY MEETS WORLD PLAYING THE BASS
-Why does it turn into a music video in the end? Am I to believe that this song is SO good that it immediately made them music video famous? Oh wait. That’s what actually happened in real life, isn’t it?


Oh well, at least these guys had fun for a few weeks in 1992. Also, any LA people ever call the paramedics and have Jamie Walters show up? I’d LOVE to hear about that.