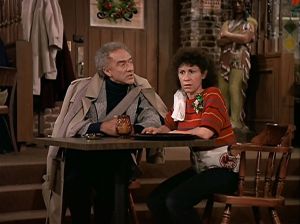 A mysterious man arrives at Cheers on Christmas Eve. He reveals to Carla that he is a spy and she of course tells everyone in the Cheers crew. He’s quite taken with Carla, which flatters her to no end. As she brags to Diane about her new friend, Diane begins to poke holes in his story. He doesn’t know the right currency for Norway and misidentifies a city to Turkey as a city in Bulgaria.

Diane has to be right, of course, so she confronts the man. Sam tells her to chill out and stop ruining their good time. And in that moment, he explains the magic of Cheers (and why it’s exactly the place where you want everyone to know your name). 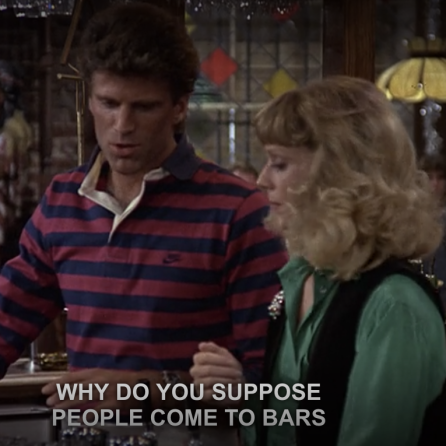 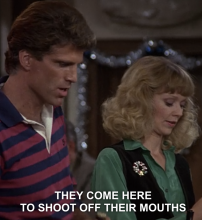 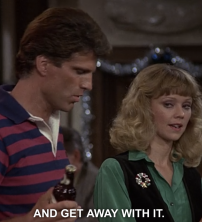 Of course, Diane just can’t let it go. She ends up humiliating the poor guy, who leaves the bar in such a pitiful way that she cannot help but feel utterly ashamed. After his departure, Diane quits Cheers. Carla is totally excited and tries to hurry her out the door. But Sam and Coach talk her into to sticking around and making this right. Diane decides to search the city until she finds him.

Luckily, she doesn’t have to look far. She barely has her coat on when he returns to explain his actions. He says he is just a lonely writer and makes up stories due to his loneliness. Diane, as we know, LOVES literature, so she urges him to share some of his writing. Since Diane is an acquaintance of an editor at The Atlantic, she decides to call him and share one of the man’s poems. 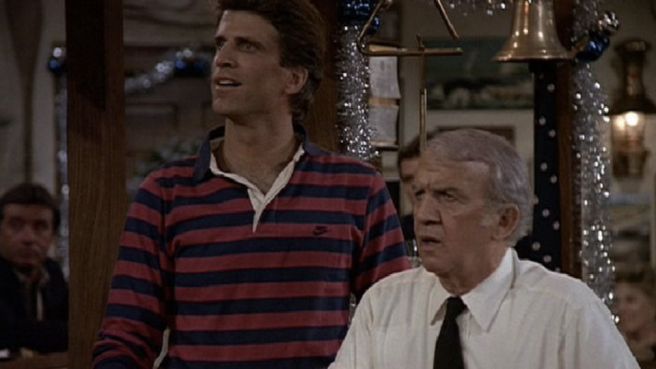 Sam urges her not to make the call, stating that the man could have simply memorized a poem and passed it off as his own. But Diane doesn’t listen because of course she couldn’t possible be wrong about poetry. Maybe about determining who is and who is not a legitimate spy, but NOT about poetry.

Surprise! The poem turns out to be plagiarized. Everyone has a good laugh (except Diane) and Sam thanks the pathological liar for giving them good entertainment. He then explains he’s simply an eccentric millionaire and makes up stories for his own amusement. He offers to buy the bar from Sam. He even lets him name the price.

Everyone has a good laugh when this guy writes Sam a check for two million dollars. Diane doesn’t find any of this funny (she’s still pissed about being bested) so she rips up the check. As the check pieces fall to the floor, a footman enters the bar and lets the eccentric millionaire/pathological liar know that some important papers have arrived for him from Geneva and he’s got the car all ready to go.

I mean…I still think this guy could be full of crap and have another person playing along, but this sends Carla et all scrambling to pick up the pieces of the check. Sam’s not worried though because he didn’t really want to sell Cheers anyway. 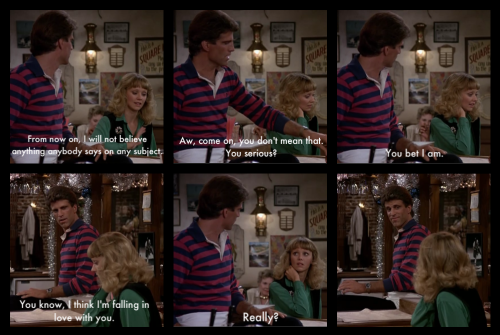 Very Special Christmas Lesson: Honestly, the only thing Christmas-y about this episode was the decorations. Plus, Carla and Diane worse some Christmas corsages. Maybe it’s a message of being kind to strangers? And also maybe not calling acquaintances at The Atlantic? Take from this what you will and be on your merry way.

2 thoughts on “Cheers: The Spy Who Came In For A Cold One”