I was just on the phone with my boyfriend, ranting about how stupid Joey was on Full House–as one does. And asking the age old question of what the hell was he even doing there? And my boyfriend said, “Are you kidding? Because he f***ed the mom.” And my jaw dropped. And I was like shocked at the blasphemy. And what?? But then he laid it all out. “It’s the only way. You think Danny Tanner had all of those blondes? Joey is so obviously the dad. It make sense that the brother-in-law moves in to help out. They’re grieving together, but then this totally random friend moves in too? It’s because he’s the dad.”

I mean it’s kind of the only valid statement I’ve heard for Joey’s continual presence. Like I feel that Danny must not know and is just super grateful for the help in his time of need. But it doesn’t explain why Joey hangs around forever. I mean why would a single guy want to spend eight years raising kids that are not his own? 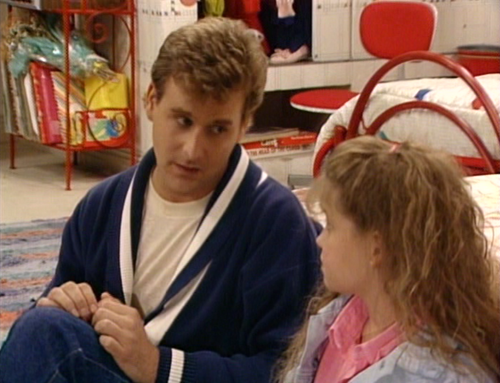 Is this a thing?? Do other people think this? Is Joey the father of the biological Tanner children?