Ordinarily, Detective Ricardo Tubbs is smooth and collected. But in “Little Miss Dangerous” he basically loses his shit because he creates his own little very special episode in the midst of being in the underbelly of the Miami sex trade world. Or would that entire world be an underbelly? Can you have an underbelly of an underbelly? Anyway, suffice it to say that Ricardo Tubbs probably watched the refrigerator episode of Punky Brewster right before working this case and it definitely affected his sense of reality.

This episode opens with the titular character performing in an S&M show with her boyfriend, except that it’s really more like an interpretive dance. And aside from one pudgy sad looking-man standing outside of the club with a beer and a shit that won’t cover his gut, all of the patrons are clean-cut looking and smiling appreciatively at the spectacle while jovially glancing at one another like my isn’t this high quality entertainment we are experiencing here in Miami! So basically it feels like something you’d see on a cruise ship.

In between shows, Little Miss Dangerous (played by a singer I’d only heard of because of this show. Also, she has hair like Tiffany) finds a john who offers her $90 to sleep with him. According to the CPI Inflation Calculator, that would come to $195.96 in today’s world. Her boyfriend tries to talk her out of it, saying she’s an “actress” not a “prostitute”. But she’s all like “It’s 90 bucks,” which leads me to wonder how much they’re being paid to do the S&M show. (See what I mean by underbelly? No one should have to do that math for a living.) Then mid-coitus she stabs the john with a switchblade that was just casually lying on the bedside table.

So like I guess this dude was pretty trusting to allow a complete stranger into his bedroom with a weapon within arms reach. Her boyfriend starts to worry because she’s been gone longer than expected, so he heads into the building and discovers her cowering in the corner and cradling the knife, having burned the dead guy’s clothes. And he’s all like okay let’s just go home.

Castillo tells the Vice Squad that finding the killer is their top priority and that “all days off are canceled until further notice.” That sucks. I mean I guess this took such a priority because the dude she killed was a sailor? Oh no wait, it’s because they found a creepy crayon drawing by his body and apparently connected it to a string of other murders. Thus, Castillo has the team raid the red light district. 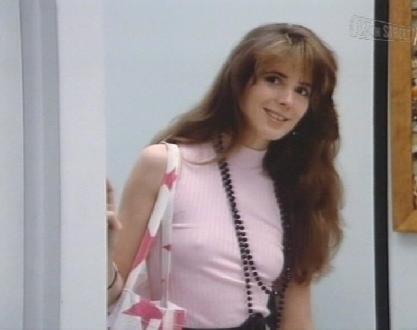 That’s where Tubbs meets Little Miss Dangerous a.k.a. Jackie. I guess he thinks she’s automatically innocent of any crimes because her voice sounds like she has a constantly stuffy nose, like Copper in The Fox and the Hound. Or the girl who played Pippi Longstocking in that awful Pippi Longstocking movie. Anyway, Tubbs is all like that poor kid. So like basically Tubbs is about to get majorly overly involved. 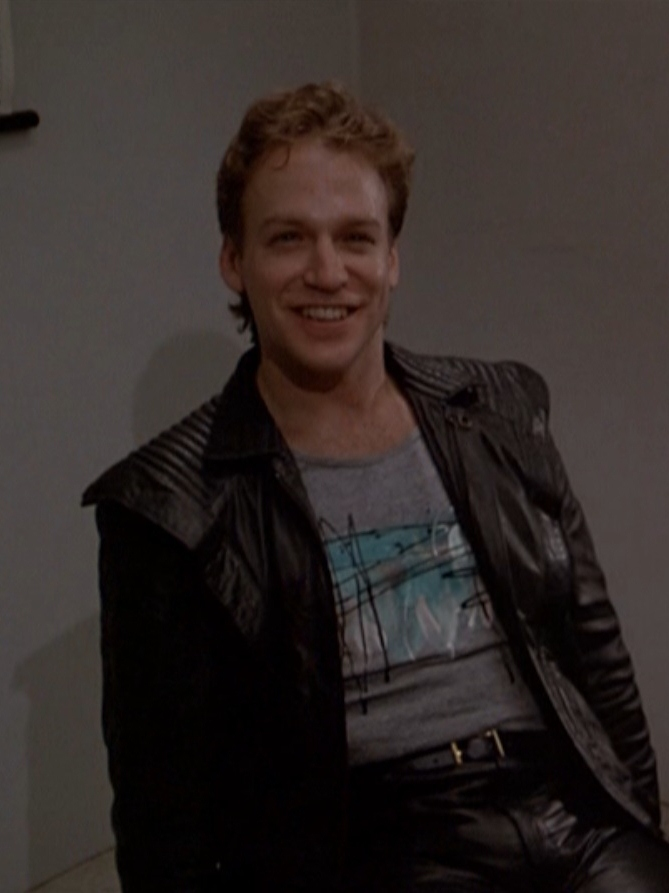 They arrest Jackie’s boyfriend because a bag-lady saw him drop one of her creepy crayon drawings. And then Crockett has to through Tubbs out of the room because he’s getting like way too personal. It turns out that her boyfriend is just another lost soul and like really does love her and definitely didn’t help her kill anyone. But Tubbs is still like way too close and worries that the boyfriend will hurt Jackie, so Castillo allows him to watch him but says “do your social work on the outside.”

But Rico doesn’t listen. He sends Jackie to the safe house and then goes with Crockett to watch the S&M show. I guess as like…research? I’m not really sure what the point of that was. Anyway, it’s good for the boyfriend that they went to the show because now they can provide him with an airtight alibi since Jackie was out killing someone else when she was supposed to be at the safe house.

Instead of looking at the next logical suspect associated with the dude who had evidence but clearly isn’t the serial killer, Tubbs decides to bring Jackie some fruit and discuss how she grew up in an orphanage. She says some seriously red flag things about not being good enough for love or whatever and he still doesn’t get that she’s kind of unstable. And then she falls in love with him, of course.

But one thing Jackie didn’t account for is that leaving her boyfriend means that he won’t cover for her anymore. He calls Crockett and promises to tell him who the killer is. Meanwhile, Ricardo tries to let Jackie down easy and is encouraging her to have an independent life. But she talks him into staying that night with her because the safe house is big and scary. 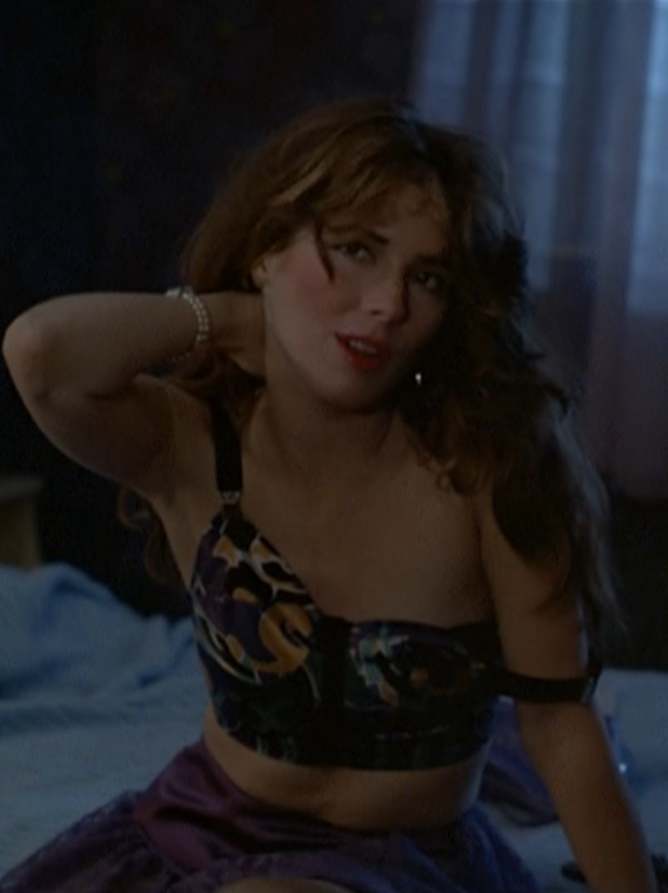 That night, Jackie drugs Ricardo. And Crockett goes to her apartment and sees all of her creepy drawings and realizes that Jackie is the killer. So he races to the safe house as Jackie’s boyfriend follows behind on him motorcycle. I guess turning Jackie in was all an elaborate plot to find her? In the midst of all this, Tubbs wakes up to find himself handcuffed to the bed and Jackie’s clothes and drawings on fire beside him.Jackie’s all like “I don’t want to hurt you.” And gets ready to shoot herself, I guess to stop her from shooting Tubbs? Does she not realize she’s just going to leave him to die in a blazing inferno? Crockett is about to shoot the lock on the safe house door when her boyfriend decides to break it down by riding his motorcycle into it. Just at that moment, Jackie kills herself. But at least Crockett is there to put out the fire and save Tubbs.

Very Special Lesson: Don’t try to very special episode people in real life. Okay so Miami Vice isn’t real life, but if you don’t learn from Tubbs’s mistakes, then I don’t know how to help you.