First of all, this is based on a true story and while I’m sure that the actual events were tragic–I’d like to completely forget that this has any element of reality so that we can all laugh with abandon at Tori Spelling in this harrowing role of doomed-cheerleader. Also, Wikipedia tells me that this was the highest rated TV-Move of 1994. 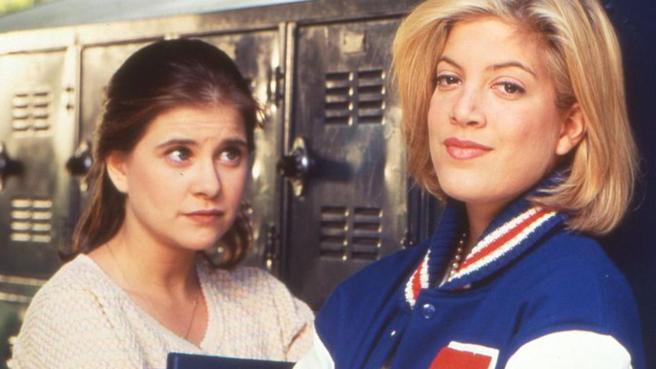 This movie starts with Tori Spelling sweetly asking to use a phone at some random suburban home because her “friend got a little weird.” When no one answers at her house, the man from the suburban home drives her to her house. When Tori’s parents aren’t home, she decides to go next door. The random man whose car she’s gotten into is all like “I’ll wait until you get inside.” He watches her through the rearview mirror. When she’s out of sight, he turns to look through the back windshield. That’s when he sees an altercation between Kellie Martin (from The Face on the Milk Carton–another classic) and Tori Spelling. Then Kellie Martin stabs her to death. See, this is why you always drive people all the way to the door. You can’t do much good watching someone through a rearview mirror.

Then we flash back to a happier time. But just a heads up you’re about to hate Tori Spelling’s guts and totally fall in love with her friendly murderer. And if you’re anything like me at fifteen (when I first caught this movie on Lifetime) you’re going to have a total crisis of conscience and feel like a horrible person for sympathizing with a murderer because this is a TRUE story, right??? But like ultimately this is a Lifetime movie and not a documentary, so try not to have a crisis of conscience over it. 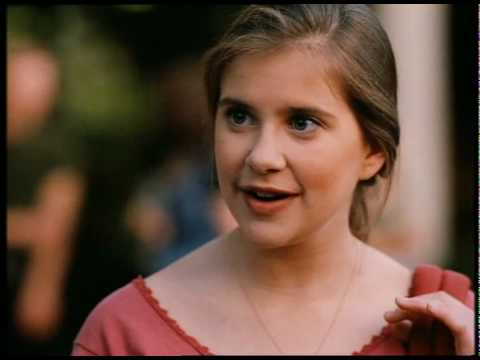 Anyway, Tori Spelling is the Queen Bee of the 10th grade. And Kellie Martin is cute and friendly and really wants to be popular and “the best.” It’s pretty obvious almost immediately that Tori Spelling is a colossal bitch, who just tortures people emotionally for no reason. But Kellie Martin still wants to hang out with her because she is “cool.” So really like Kellie Martin probably sucks too. Much to Kellie’s chagrin, Tori thinks she’s “weird.” 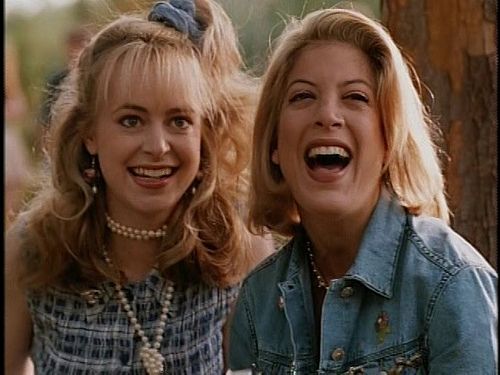 Anyway, the cool thing at this high school is to be a Meadow Lark. The Meadow Larks are a service club. You have to like be selected for this club and then you have to be initiated. It’s a freaking sorority. Anyway, Kellie and Tori are both selected to pledge the Larks.

Then they both try out for cheerleading. Being a cheerleader here is an even bigger deal than being a cheerleader in your average school. There are four new cheerleaders selected at the end of the school year to replace the graduating seniors. They winners all announced at an assembly and then they get to come up on stage and receive flowers. Barf. Tori makes the squad but Kellie does not. 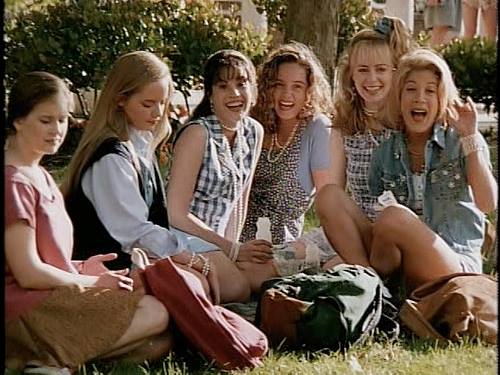 So then she shirks her morals and gets drunk with her friend Jill. Jill invites her to a party with this guy she knows. Kellie decides to invite Tori to the party so that Tori will be her friend. Actually, that’s pretty awful and social-climb-y. I think Kellie and Tori BOTH suck and I was just like feeling bad for Kellie being socially awkward back when I was fifteen.

Omg this is turning into a 2000 word essay, but stick with me! So Kellie calls Tori’s house when Tori is at cheerleading camp. Kellie says that they’re having a surprise dinner for all of the Larks and to have Tori be read at 9 pm for her to pick her up. (She doesn’t say who she is.) So Tori meets up with Kellie but doesn’t really expect to see her.

Oh yeah, there’s a knife in the car because sometimes Kellie’s sister “makes lunch in the car” ?? What?? And it’s like a no-joke knife/the future murder weapon. So then Tori presses Kellie about the party and finds out that Kellie was not directly invited. Then Tori is all like I REFUSE TO CRASH A PARTY. And Kellie is like WHY ARE YOU SO MEAN? And then Kellie goes all Single White Female and is like obsessing over how pretty Tori is and how cool she is. So yeah. They’re both horrifying. 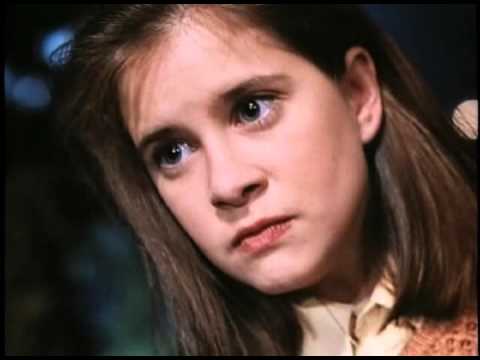 So then Kellie kills Tori to essentially protect her rep. Like wtf. This is some freaking gang violence shit right here. She’s got to keep up that street cred. But honestly, this is horrifying. Unlike fifteen year-old in a terror-shock combo, I’m twenty-five and sipping my hot cocoa while giving both Kellie and Tori major side-eye.

Anyway, the cops have a few good leads. First, there was that call to Tori’s house about the Larks. Secondly, they have eye witness accounts of the car that Kellie was driving. But mostly, no one has suspected Kellie because she’s so “sweet.” Everyone thinks it was this girl at school who is kind of gothic. Meanwhile, Kellie really, really guilt-ridden. So she’s been getting more involved in the community. And then like she kind of starts getting popular. She’s elected to a leadership position in the Larks and she gets asked out on a date.

Kellie takes a polygraph and she fails. So then the police really start zeroing in on her. Uncle Phil from Fresh Prince reads her the psychological profile of the killer and it’s basically her exactly. Also, like what is up with them questioning minors without parents present?? I know in this case that this person is actually a killer but still.

So then Kellie finally decides to confess by writing her mother a note. In the letter she feels like really awful and she asks her parents to still love her and to come meet her at the school so she can turn herself in. So like that’s actually really heart-wrenching and I’m sorry that I forgot this movie is actually really depressing. But I’ve written so much that I’m going to publish this anyway. But please remember that Tori Spelling was ridiculous and funny in this movie. And please, is this not a campy promo photo? 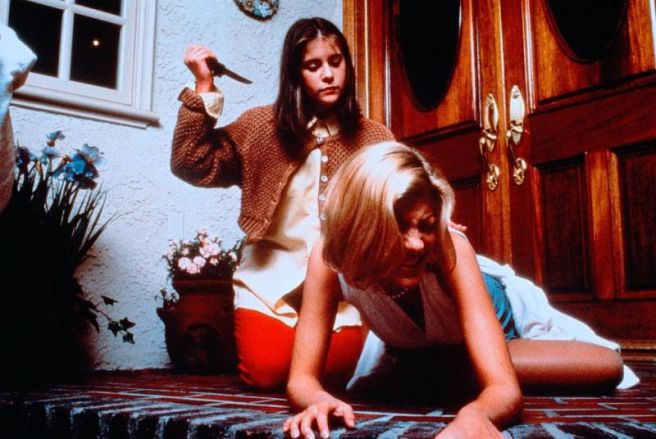 Very Special Lesson: Omg there are so many lessons here: Don’t hang out with Tori Spelling in high school unless that high school is West Beverly High School. Oh also, if someone is really really mean to you, then don’t hang out with them. Don’t try to make that person your friend or spend anymore time with them than you have to. It won’t work and you will end up bat-shit crazy. Also, don’t make lunch in your car, especially not with sharp knives.